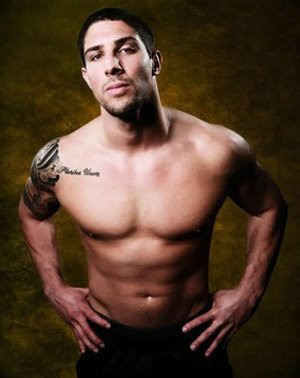 A product of Aurora, Colo., Brendan Schaub wanted to be a fighter ever since he saw the Jean Claude Van Damme classic “Bloodsport” at an early age. Since then, he has made martial arts an integral part of his conditioning regimen between football and lacrosse seasons, both sports in which Schaub was an All-State performer while at Overland High School. After high school, Schaub gave up the hopes of being a modern day Jim Brown, quitting lacrosse to focus on football when he was awarded a full scholarship to play fullback for the University of Colorado’s football team.

He did not, however, give up martial arts. Schaub practiced Tae Kwon Do between football seasons to stay in shape, and help the Buffaloes capture the Big 12 North crown three of his four years on campus before graduating in 2006.

After graduating, Schaub played in the Arena Football League for the Utah Blaze and was on the Buffalo Bills’ practice squad before returning to his native Colorado to begin training mixed martial arts full-time. He captured the Colorado Golden Gloves boxing crown and was awarded a purple belt in Brazilian jiu-jitsu shortly thereafter.

Schaub, who splits his time training between T’s KO Fight Club in Colorado and Jackson’s Mixed Martial Arts in New Mexico, made his mixed martial arts debut in 2008. He has since compiled a 4-0 record, all wins coming by knockout less than 90 seconds into the bout.

Learn more about the cast of “The Ultimate Fighter Heavyweights.”