He Said, She Said: Ring Girls 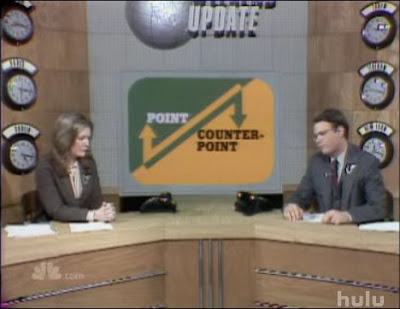 Strikeforce: Carano vs. Cyborg will mark the first time a women’s MMA bout has headlined a major televised card. Discussions of female fighters are never too far from sexual politics and innuendo, so in honor of this seminal event, FIGHT! contributors Matt Burosh and Terry Bush trade blows over combat sports’ explicitly sexual tradition in the first edition of a new online FIGHT! feature – He Said, She Said: Ring Girls

He said: Ring girls are just the ‘fluff’ surrounding an MMA event. Sure, MMA is about entertainment, but when it all boils down, the essence of MMA is unarmed combat. Two opponents are chosen, train and square off to see who is better that night, and that is the most test. To mix sex into the equation detracts from this ideal while playing to a separate instinct altogether that, quite frankly, cheapens the experience. Bottom line, sex is good and fighting is good, but it’s not everyone’s cup of tea to mix the two. I would argue that fighting sells just as much as sex, whether they are mixed together or stand independently of each other.

She said: I’m absolutely in support of the existence of the MMA ring girl. What’s the harm in a little good old-fashioned eye candy for about, what, 30 seconds between rounds? From a female fan perspective, I say no harm, no foul. Rachelle, Ali and Arianny are pioneers in the sport as well, as recognizable as the fighters themselves. They represent the sport as ambassadors at MMA-related events, charity work and even supporting our troops at home and overseas. But let me clarify my position. I’m talking about the understated, octagon-shaped card-carrying ring girls of the UFC and the like. What I am opposed to is the EliteXC-like dancing hoochie mamas between events at some smaller shows. This is where I draw the line. That particular addition of female ‘talent’ goes beyond the ring girl persona to insult the intelligence of every female fan on the planet. Men may disagree, and I get that. Likewise my feelings on the heavy metal mini-concerts at Affliction events. If I want to plunk down money on an MMA pay-per-view event, I don’t want to feel I spent half the bill to watch stripper auditions and a mini heavy metal concert. It had better include kick-ass fights—and even a legitimate ring girl or two.

MMA Rankings: Melendez Is The New #1